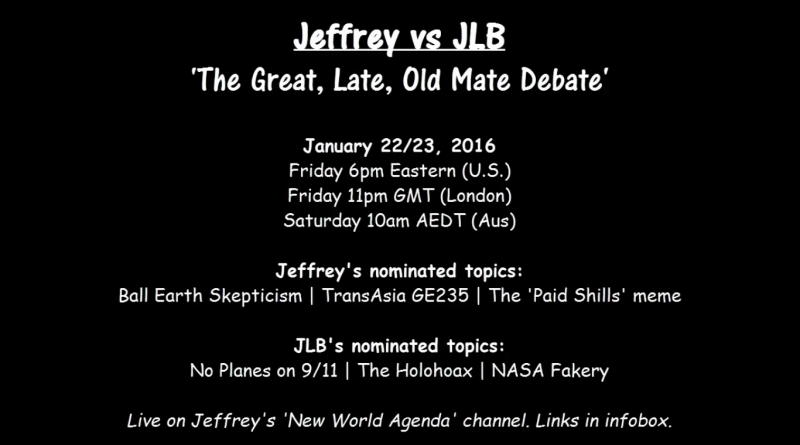 After the ‘TransAsia Debate’ of March 2015 was postponed indefinitely (owing to Jeffrey’s sudden leave of absence and subsequent regular meltdowns) a new date for a live discussion between Jeffrey and JLB has finally been confirmed. Both participants have agreed to allow the other to talk without constant interruption, and each has nominated three primary topics to be discussed/debated: