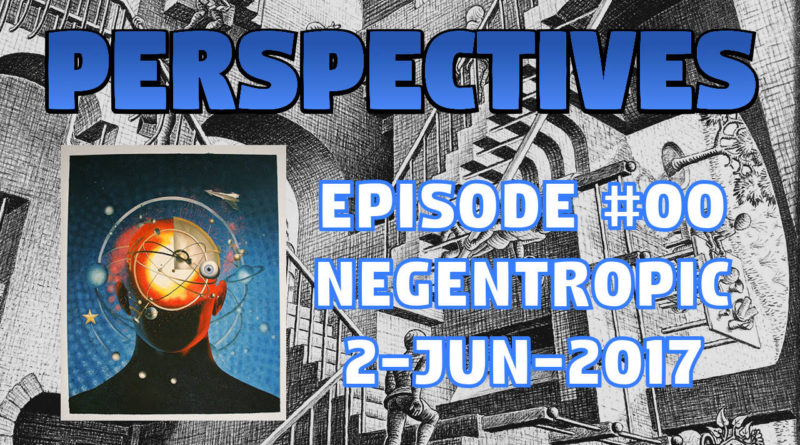 This is the second pilot episode of a series of podcasts I plan to produce over the coming months. We have all taken different paths to arrive at our current outlooks and worldviews, and sometimes it can be useful to reflect on our journey thus far. By interviewing a range of individuals who have spent some time engaged in the process I refer to as ‘deprogramming’, my hope is to learn more about the Lie System in which we live, as well as the types of people who have spent their own time studying it. This is why the series is entitled ‘Perspectives’: each interview will offer the listener a deeper understanding of the guest’s point of view: not only what it is but, just as importantly, how it came to be.

In this episode I spoke once again with Negentropic, a gentleman based in the US who posts his thoughts across a range of messageboards including the David Icke forums. He also produces the ‘Negentropic Chronicles’, a series of marathon podcasts which feature clips from a variety of alternative/independent media outlets, archival audio/footage, and music you might not hear elsewhere. Neg’s experiences with the 9/11 ‘truth movement’ – and the various boobytraps and false prophets connected to it – offer invaluable insights into the broader ‘truth comunity’: how it operates, what kind of people are involved, and so forth.

In this episode we round out our discussion on 9/11 and media fakery, and then move on to discuss in greater detail the concepts of ‘truth’, ‘truthers’, and whether or not we can use new information and outlooks to actually improve our lives.