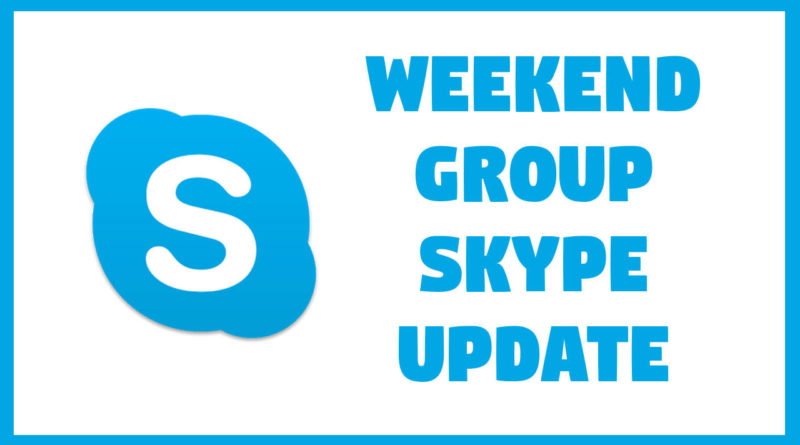 The calls so far have been enjoyable and even more productive than I had expected.

I have taken a few notes while chatting and already produced one post as a direct result of one of the topics which came up in conversation.

Thanks to those who have taken part over the past few weeks.

Now that different time zones around the world are either entering or leaving ‘daylight savings’ I thought it worth posting a quick update.

It is also worth revisiting the times set aside for the calls. I have noticed that the Sunday morning (my time) call always attracts a few participants, but the Sunday night block did not do so, nor did the Saturday night which replaced it. This may be due to lack of interest, or it may be due to my failure to more heavily promote the times.

In any event, I will leave it at just the Sunday morning for now and if interest picks up I can reinstate the other block as well.

For this weekend and until further notice, the Sunday morning block shall remain as it has been every week so far:

I understand that this is not ideal for most European members. If you guys would like to suggest (in the comments section) a time which works better for you than 11am London time Saturday, or 11am London time Sunday (the two times I have tried so far which did not draw an audience), I will be happy to trial your suggested time next weekend.

Basically my weekends are mostly free – I just have one social thing I attend every Sunday (as per my Challenge goal).

Other than that I am pretty flexible. I don’t ‘go out’ on Friday or Saturday nights; I usually spend that time either at the cafe or at home working on research and content.

I know that might sound boring for a 30-year-old man, but it is fair to say that I got all of my reckless drinking, hedonism, and utter retardation out of my system in my twenties.

You could argue that I am ‘not social enough’ and it would be a reasonable argument but, in my defence, I am being more social now by attending the Sunday thing each week, which I promised myself at the beginning of the Challenge. It’s a start.

I’m not wasting the ‘free time’, either: much of what you see on this site is the result of work done when other people my age are out getting drunk and/or stoned and/or talking complete rubbish with fellow normies and/or sitting in front of a TV and/or playing video games and/or sitting on facebook and other vacuous ‘social media’.

On another note: Remember that these calls are private and they are to be treated as per ‘Chatham House Rules’.

Perhaps in the future if people are so interested we might start recording group calls and releasing them (either to other members, or to the wider public).

I feel like we have covered territory in our informal chats which many (most?) podcasts out there are oblivious to. In other words, I would rather listen to a podcast of our conversations than most (all?) of the podcasts I used to listen to. Call me ‘arrogant’ if you like but I am just being honest. I have gotten more out of the calls so far than the majority of content I have listened to over the years.

For now, though, I like the freedom of speaking ‘off the record’, and that is how the calls will remain.

My skype is johnpbono for those who have yet to add me.

Hope to see you in a skype call soon 🙂