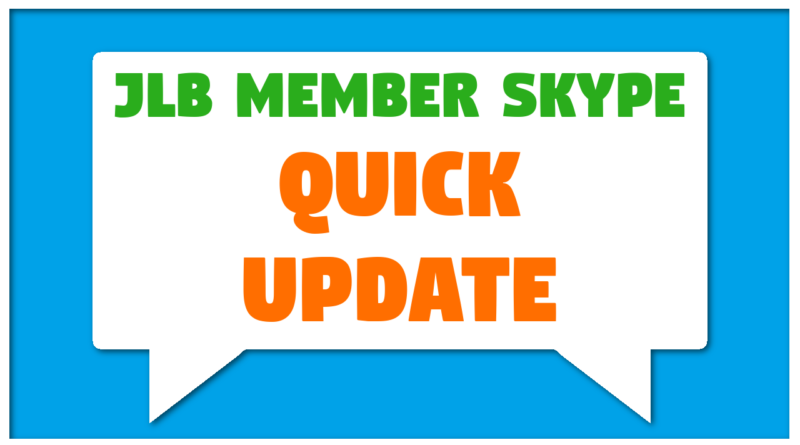 Mezzie and I recorded MSC #21 on Sunday. Due to work commitments I will be unable to edit and release the podcast until Wednesday. I was very happy with how the call panned out (thank you once again, Mezzie) and am confident that the final product will be one of the more interesting/insightful podcasts in the series so far.

In preparation for the call I spent a lot of time properly (with pen and paper, taking notes) researching characters and concepts with which I was only vaguely familiar with up until that time. Do you ever get the feeling that the pieces of the puzzle are starting to come together? That the picture — while still not entirely in focus — is at least becoming clearer?

That is how I felt on Saturday night, once I had finished my prep for the call. This sentiment was only bolstered when I had the opportunity to discuss the relevant ideas with Mezzie during the call, and it was clear to me that Mezzie had done more than her own fair share of preparatory research as well.

My reason for sharing this is that I feel like am deriving intellectual (and, dare I say it, spiritual) benefit from having to prep for these calls, which was one of my motivations/hopes for releasing the schedule in the first place. For so long, I have been telling myself that I would eventually take the necessary time to properly research topics like ‘magick’ and characters like ‘Aleister Crowley’, but time flies and there’s an almost-endless number of things to look into.

Thanks to the MSC’s I am finally ticking off a few of many the boxes on my ‘to look into’ list, and for that I am appreciative of the MSC concept and everybody who has helped to make it happen: as financial members of johnlebon.com and/or as participants in the calls themselves.

I completely understand that the individual members of this site are all leading their own lives, and many of you are even more busy than myself, so it will simply not be feasible or practical to do your own prep for each call, or partake in the Warmup threads or podcast comment sections. I can only hope that by listening to each episode, you are gleaning some worthwhile insights into not simply the topics themselves, but the progression which I, and the other participants in the calls, are making as a researchers and thinkers.

In a relatively short space of time, it seems to me like we have come a long way.

Ab/Tim (chief of Fakeologist.com) has indicated that he will be able to participate in the call this coming weekend.

We have informally agreed that the podcast will initially be released exclusively to members of this site (as per normal), and then at some point in the near future, will be made available publicly (and I will encourage Ab to promote it on his site). Therefore it seems appropriate to remind potential participants that the Member Skype Calls, although released privately at the outset, may in future be released publicly (in part or in full), so if you still maintain trepidation about ‘putting your voice out there’, it may be best to sit out the recorded part of the call(s).

Remember that we tend to spend an hour or so on either side of the recorded part of the call ‘off the record’, whereby ‘Chatham House Rules‘ apply, and I do not make a recording of the discussion. Those who would prefer to keep their voice anonymous are welcome to partake in the calls, and either leave or remain mute during the recorded part. This way, you/they can still take part in the off-the-record chat (which is often the most fun part of the call) without having to worry about your voice being heard publicly.

If the 2018 NBA finals series goes to a seventh and deciding game, it will fall on the same day as Member Skype Call #23.

Why does that matter? Because (arguably) the biggest star in the NBA today just so happens to be playing for one of the two teams competing in this finals series. Would anybody (who doesn’t already know the answer) like to guess what number LeBron James wears for the Cleveland Cavaliers? Or what height he is listed at in the metric system?

I can say with complete honesty and humility that, when scheduling the MSC topics a few months ago, I…

Did not know the answers to the questions above (which I only learned of earlier today), and

To make matters even more interesting, what will be the topic for Member Skype Call #24?

I don’t know if many (any?) of the members of this site are self-avowed ‘atheists’ or philosophical materialists, but to anybody who does maintain such a philosophical/conceptual framework, let me ask you this:

When will you start to wonder if maybe, just maybe, there is more going on here than meets the eye?

I used to consider myself an ‘atheist’, I used to espouse philosophical materialism. That all seems like such a long time ago now, but in the grand narrative of my life, it really was not so long ago.

This is not to say that I am against atheism or philosophical materialism. Whatever fundamental wordview gives somebody meaning, and allows them to derive a sense of place or purpose in this thing we call the ‘universe’, I do not wish to be ‘against’ (although I realise that I may come across that way sometimes).

What I am trying to convey in this section is that, just as I feel myself progressing in no small part due to the MSC series, this is something of a microcosm of the progress I feel I have made as a result of becoming an ACT realm content creator back in 2014. The journey so far has been truly transformative.

If I did not know better, I might even start to wonder if ‘sync’ is not merely about finding/pondering ‘meaningful coincidences’, but is in fact a stepping stone to realising and appreciating one’s own influence over what we call the ‘future’. I suppose we will be discussing this and more in MSC #24, so I will leave it there for now.

I have updated the Member Skype Call Schedule page. Every Warmup Thread is now open for comments ahead of time, and each new episode is also linked as it becomes available.

A few people suggested that the Warmup Threads would be more active if posted well in advance, and I tend to agree with them. Now we will find out if this is indeed the case.

I will personally endeavour to be as active in the Warmup threads as possible, in an effort to help them become a more popular, discussion-building element of the site.

By the end of this season of the MSC series (which will conclude, as scheduled, after MSC #32 in mid-August), we will have a better idea of what works and what does not.

This is, after all, one never-ending learning process. At the risk of belaboring the point, let me thank you all once again for your part in that process.

This website is already more successful (in several respects) than I had ever genuinely expected it to be, and although I happily take credit as the person who originally created johnlebon.com, I also fully understand and appreciate the fact that it is now a sum greater than its parts, and I am only one part.

Thanks again to each and every individual — including those who may never read this post — for assisting in the John le Bon operation. 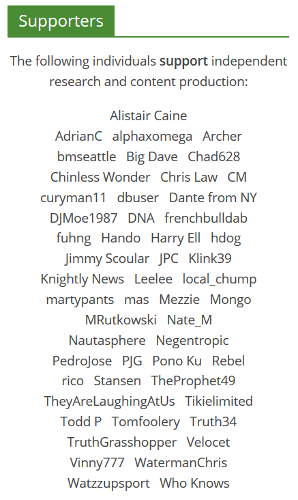