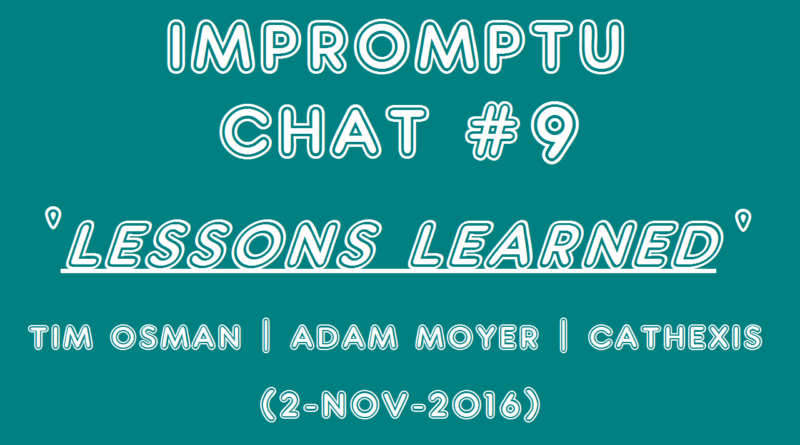 We all like to think we have ‘learned’ things from our time in this scene on the internet, but how many people can admit to learning from mistakes made while in said scene? What started as a long-awaited Impromptu Chat with YouTube’s most infamous ‘truther troll’ Tim Osman (a.k.a. Cognitive Dissonance) soon became a trip down memory lane, beginning with the halcyon days of ‘We’ll Do It Live’ and Jeffrey C of FreeRadioRevolution circa 2014, to the ‘truther wars’ and TransAsia GE235 saga of early 2015, and then the Flat Earth renaissance which continues to this day.

Later in the show we were joined by Adam Moyer who, along with Tim and another YouTuber (named EdUpsideDownHead), was instrumental in first exposing not only the cultish nature of the leading Flat Earth proponents on YouTube, but also the susceptibility of the average person to fall prey to ‘movements’ on the internet. Tim and Adam shared their experiences with the Flat Earth scene and what they had come to realise by speaking out against it.

Then for the final portion of the show (which corresponds with the beginning of Pt. 2) an unexpected addition named Cathexis made his way to the panel, describing himself as a ‘Flat Earth apologist’ but soon proving to be a lot smarter than your typical Flat Earth believer. This led to a productive and jovial roundtable discussion about a number of ‘facts’ commonly accepted as true by the average person, with some surprising admissions from certain panel members…