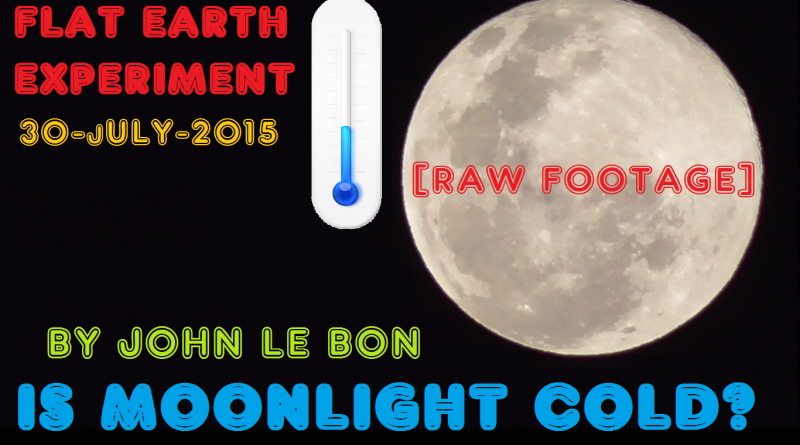 Recorded on Thursday, 30 July 2015, under the full moon in Brisbane, Australia.

Certain leading flat earth proponents claim that moonlight is ‘cold’, and that objects in direct moonlight are measurably colder than those in the shade. To test this theory I conducted a rudimentary experiment, using three outdoor thermometers and a magnifying glass. Although not scientifically rigorous, the experiment nonetheless yielded some (hopefully) insightful results.

Note that this experiment, and its explanation, were not intended to be perfectly ‘scientific’. For instance, terms such as ‘theory’, ‘hypothesis’ and ‘prediction’ were used interchangeably during the experiment. In future experiments, I will endeavour to be more technically correct. For now, I hope you can appreciate this video for what it is 🙂