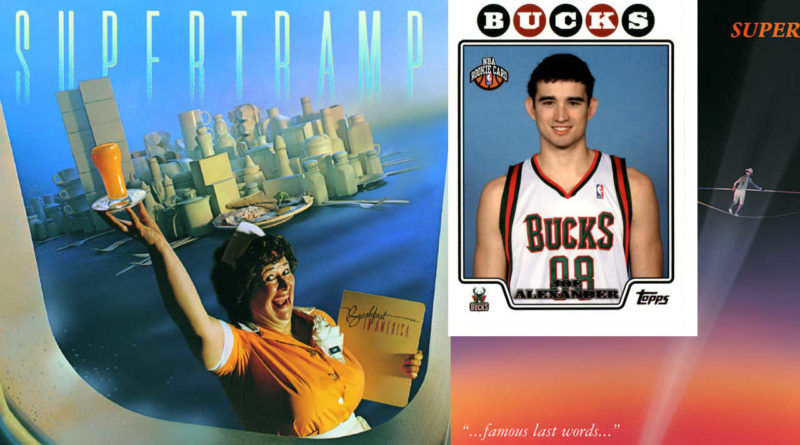 Joe Alexander and the Crime of the Century

a) Tomorrow we are recording two Member Calls as per the Schedule.

b) The first will be focused on Sync; specifically the work of Joe Alexander a.k.a. BarelyHuman11 a.k.a. Apophenia Productions.

c) The recorded part of this call will begin at 8am local (Kuala Lumpur) which is:

This is two hours earlier than last weekend.

Now that I am KL, my local time is one hour ahead of where it was in Thailand. On top of that, the feedback I have received is that people preferred the earlier call times as we had in Season One, so I am going to set my alarm clock an hour earlier than previously. My plan is to be online by 7.30 am local and try to get everything ready to press record by 8am.

d) Call Two will be focused on ‘Creating Reality’, and I know that Take No Gnosis has something special in the works for us. You can get a better idea of his plans for the call by reading this comment.

e) Call Two will go ahead at the same time as last week (i.e. one hour earlier for me, because I am in a new timezone, but the same time for everybody else).

This morning was pretty trippy for me. No drugs or alcohol involved.

I was in a hotel gym, going through my regular routine, listening to my phone (which I use as my mp3 player).

Who was I listening to?

Joe Alexander, the man behind BarelyHuman11 a.k.a. Apophenia Productions.

As many of you know, Joe Alexander’s work changed my life.

It was in early 2017 that I first began trying to understand and study ‘sync’.

I explained what had happened, the unintended turn my research took, in the ‘9/11 and coincidences’ section of the first Full Member Update article on this site, published back in February of 2017. 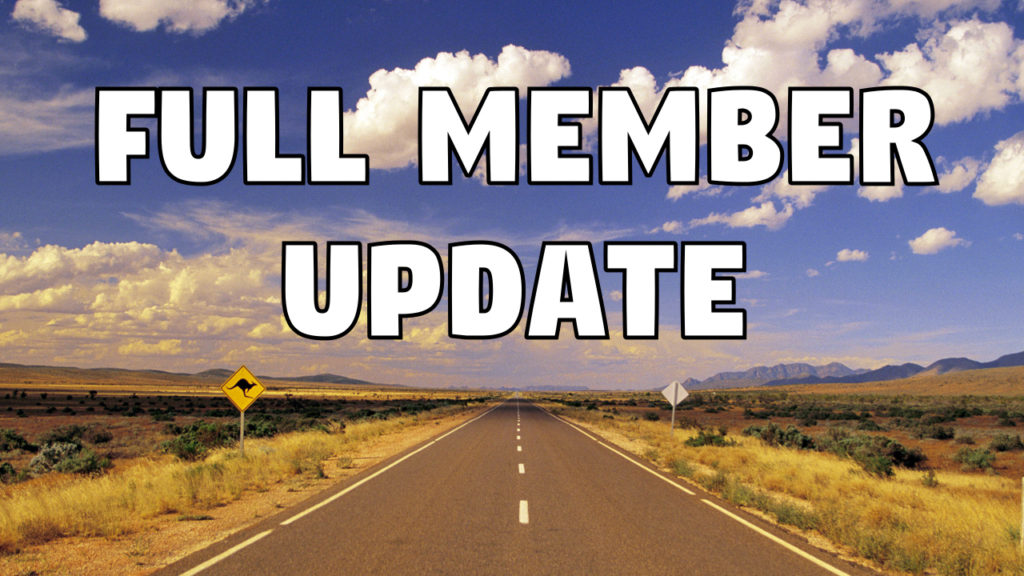 The long story short is that I had decided, for no apparent reason, to look further into the old Supertramp -> 9/11 ‘coincidence’.

Ab of Fakeologist sometimes plays their track ‘Crime of the Century’ as the outtro music for his podcasts.

‘Crime of the Century’ by Supertramp

It is almost part of ACT realm lore that the cover artwork for Supertramp’s 1979 album Breakfast in America has 9/11 written all over it.

For those who might be relatively new to all of this, here’s the key points:

i) The Twin Towers are touching the U and P in such a way that if you reverse the image, they form a 9 and an 11.

ii) The lady’s orange drink is seen in front of both towers (this is interpreted by some as symbolic of the explosions).

iii) The perspective is from a plane window.

At the time, I didn’t know much about Supertramp.

So I decided to look through their other album artwork to see what else might be sitting there ‘in plain sight’.

And straight away my mind flashed back to a video I had seen previously, perhaps a year or so prior, which showed connections/coincidences between:

*The film series Back to the Future

The video I was thinking of was, of course, Joe Alexander’s Back to the Future Predicts 9/11.

Back to the Future Predicts 9/11

I still remember the research path I took from there. I looked into this Philippe Petit character and his famous ‘walk’ between the Twin Towers. I discovered that it was described as ‘The Crime of the Century’.

And then the flashlight went off in my head:

*Supertramp’s song, the one so often played by Ab as his outtro, is ‘Crime of the Century’.

*Supertramp’s album artwork for Breakfast in America looks like a ‘prediction’ of 9/11.

*Robert Zemeckis’ film series Back to the Future also appears to be laden with 9/11 predictions.

*And now Zemeckis has released a film in which the lead character (Petit) is dressed like Marty from BttF.

*Petit’s walk was described as the ‘Crime of the Century’.

This was a ‘fork in the road moment’ for me, looking back.

Had I continued on the course I was ‘supposed’ to be on, I probably would have finished the Dino film, and then gone and gotten a ‘real’ job somewhere, and who knows what would have followed.

Instead I kept digging. Sitting there in the Keperra McCafe, laptop in front of me.

I began looking into the lyrics of all of Supertramp’s songs, searching for clues.

One thing led to another and before I knew it, I had gone so far down the Sync rabbit hole that there would be no escaping, even if I tried.

Some of the stuff I discovered in the early months of 2017, I still haven’t spoken about to this day.

Not because I can’t or won’t, but because I have always wanted to sit down and properly ‘flesh things out’ first, lest I go off on tangents and do the work an injustice.

But in time, all will be revealed.

So there I am this morning, about 150 metres in the sky, level 48 of Expressionz Suites, in Kuala Lumpur of all places, listening to a 42 Minutes interview (TheSyncBook.com) with Joe Alexander.

Why do they call their interview series ’42 Minutes’? If you’ve read The Sync Books, you know why.

Here is one piece of the puzzle:

It is amazing for me to think back on what has happened over the past few years. Right back to 2014 and the birth of the ARP.

That podcast, my first foray into ACT realm content creation, concluded its first (and only) season in September 2015.

I look back on it fondly. Those were good times.

The reality is, however, that more has ‘happened’ over the past two years than in all of the time previous to it.

And Sync has been at the heart of it all.

Were it not for Sync, and for the work of Joe Alexander in particular, I probably would not be sitting here in some cute little cafe in KL typing this post.

Why was I listening to Joe Alexander this morning specifically?

Because tomorrow we are discussing his work for Member Call Block #1.

Below I will link to the most important pieces of Alexander’s work which are worth checking out before the call (if you get time).

All you NEED to see is his BttF Predicts 9/11 video (embedded above). There is enough in that one video alone to keep us busy for two hours.

Reading Alexander’s chapter in The Sync Book 2, ‘The Blur’, is also highly recommended.

So long as you tick at least one of those two boxes, then you’ll fit right into the call tomorrow.

But if you do get a chance to check out the following podcasts before the call, I think you’ll enjoy them.

As explained in the tl;dr at the top of this post, the Call #1 time is moving forward.

This is due to constructive feedback from several people.

Unless I hear suggestions to the contrary, I’ll be locking this new time as permanent from now on.

Even if I move to another timezone (country) in the near future (which is likely), we will keep the call at this time i.e. 8pm New York EDT every Saturday.

Thanks once again to everybody for your patience while I have been busy and preoccupied with packing up in Australia and trying to find a new home base in South East Asia.

The place I am staying in from today will be my abode until at least Monday week, which gives me both this weekend and next weekend in the one place.

A bit of stability for a change.

Hope to see you at the call tomorrow.