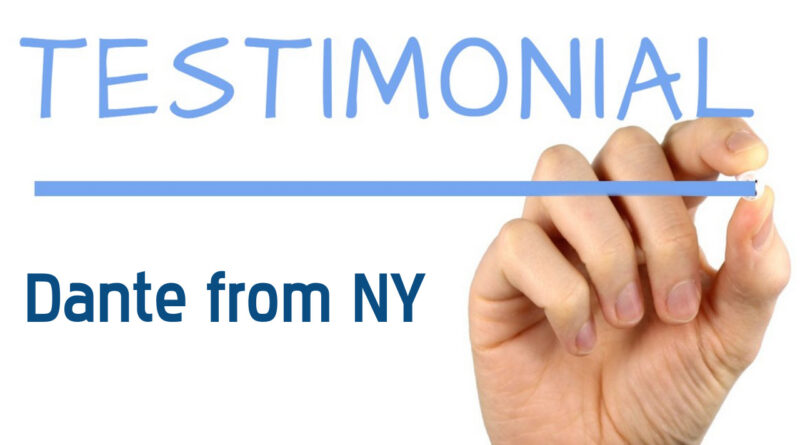 Have you ever wondered what the long-term Members of johnlebon.com have to say?

The following testimonial was posted by Dante from New York in January, 2020.

Dante has been a Member of this site since 2016 and remains to this day.

By Dante from NY

If you’ve come this far on your journey into conspiratorial abyss, curious to know what’s going on beyond the hedgerows at rebel outpost JohnLebon.com, you likely have a nagging little pebble in your shoe. Sisyphean suffering for daring to deprogram from the lie system, limping up the hierarchy of deceptions, trying in vain to install new scripts onto obsolete hardware.

Depebbling is not included in this invitation, nor podiatry for calloused souls on their pilgrimage to nowhere else to go. But if you’ve consumed all that’s free and can’t cover the fee, whatever you are doing right now… isn’t working to comfortably get back on your feet in good standing. One probable reason for this – real or rationalized – is the discordance between your inner world of thoughts and attendant behavior governed by how you think the outer world should function… and how it actually does. So before this chasm gets too far for comfort, pour some sugar on the spoon, swallow the toll, and break on through to the other side. Because at this point on your path, you’ve got little to lose and everything to gain! You might even find a cure for your pedi : )

Now if money isn’t a prohibitive factor (which I presume is the case for most who value JLB’s rare form, high fidelity content enough to consider membership) but you have latent reservations about paying for full access, may I suggest reframing this narrow lens to focus on the network effect widened by your pennies and presence. Both work together as a force multiplier to the overall value of the operation. In fact, much of the material you’ve enjoyed thus far can directly be attributed to sediment layers each person – past and present – has deposited.

Think also of the extra capacity you can create, as an extension for this one of a kind browser. In two years, not only have I witnessed add ons strengthen the base and grow the world’s only primary source platform to new heights, I’ve yielded interest just from the dividends! Riches manifest in forms other than currency, but more recurring revenue affords more time for research and discovery, and less to search and rescue efforts.

Make sense? If so…

Welcome to Bon Voyage! a paradoxical ark of castaways, synching merrily down a stream of consciousness. Setting ground on uncharted isles, find students of skepticism at all meridians, practicing in the purest intellectual dojo in town. But only an internal compass can guide you this far off the reservation, diverged from any road map available in ‘the village’.

Unencumbered by illusions of collective movement, s.o.s messages are often received as distress signals by those wishing to amplify the white noise of faith and (unrequited) love of cherished institutions. Reset clear, old wave particles never interfere with light propagating from the heart of the frontier genesis.

Sacred sites? Hear excavation of the rockiest terrain, via rabbit turned boreholes, regularly unearthing original wellsprings of thought. Watch knowledge drops capsulize into pills – all colors of the rainbow – which only the deepest of skeptics can see upon reflection. In lieu of being homeless and ‘free’, with critters crawling around comments and calls, JohnLebon.com is a hygienic homestead, an escape space built for mixed mental artists seeking asylum.

Imagine all the buccaneers out there, lost in a sea of chaos, soon to reach shore, but likely to crash on the infertile land of confusion, otherwise known as everywhere else in the ACT Realm. The permaculture here is best suited for these swashbucklers. Got soil?

In closing, upon entry, your troubles may not melt like lemon drops, but smoke you see from chimney tops? straight fire inside!

And while it may not solve your pebble issue… the matrix of connective tissue functions as a solvent, washing bedrocks of belief into sand, softening the walk towards shell beach, with a beckoning wireframe view on the horizon.

Regarding money, I think it’s a bargain, less than a cocktail at any premium bar back ‘home’. And what other online pub features a world class mixologist? JLB cordially blends everything from hoaxes to philosophy to conspiracy criticism, all with a cheery on top disposition!

Entertainment value aside, I can say without question I’ve forged a better relationship with my past, peers, colleagues, even myself during tenureship. Frustrated beyond words since as far back as I misremember, I’ve reached ‘new normals’ with normies. Comparative stature has risen, not solely due to personal growth, but because I’ve removed many pedestals once placed beneath the unworthy. Vision to see clarks with no costumes under their cheap empty suits.

I’ve many scars, but no longer self flagellate (as much) due to interpersonal communication failures. I’ve noticed changes in process – noun + verb – especially how I react to other people’s lack thereof. From the trivial to the profound, there are many unquantifiable things JLB and subscribers aren’t even aware – of which even I may not grasp their full significance – but are osmotically influential. In short, if you’re looking for a templated, bullet point list of benefits, like some cookie cutter landing page with opt in form, this may not be the place for you.

But if you’ve read this far, and want to take the plunge into an infinity pool where the deep never ends, I hope this message helps you make a decision. Poking around is for lost boys from neverland. I joined when there was a fraction of what exists today! There are no contracts and no participation requirements. You can even use a fake name if you are worried about blowback from others in this ‘truth’ scene who have thin skin and can’t smell the roses for the thorns which tend to prick sharpest when there’s an element of truth. You can even post up for a month, abscond with the archives, and disappear in broad daylight!

So if what’s free is not enough, and you really like the stuff, what exactly are you waiting for?

Only question left is whether someone like you will join the crew aboard the good ship. Fair warning… it’s a sweet trip, but at Bon Bon’s bar, rest assured there are no shirley temples ; )

What do other Members have to say? 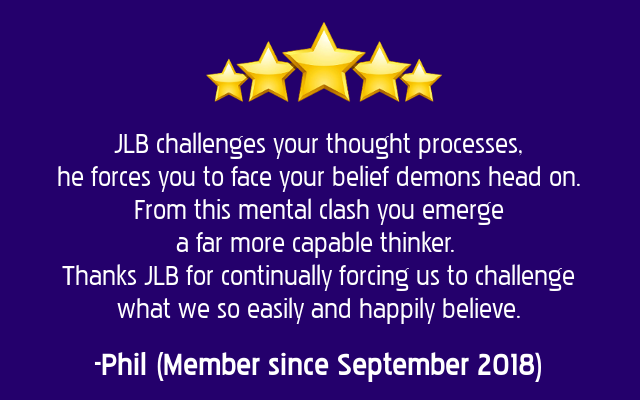 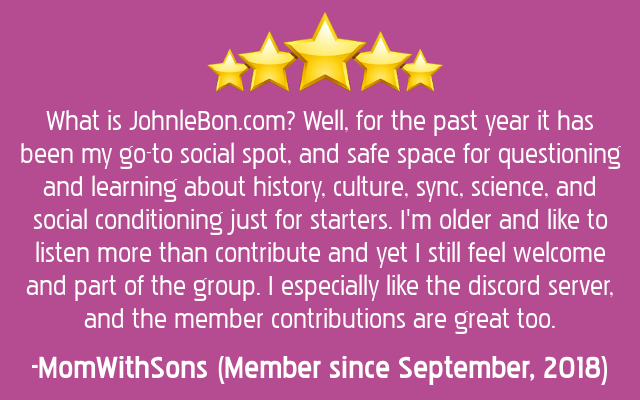 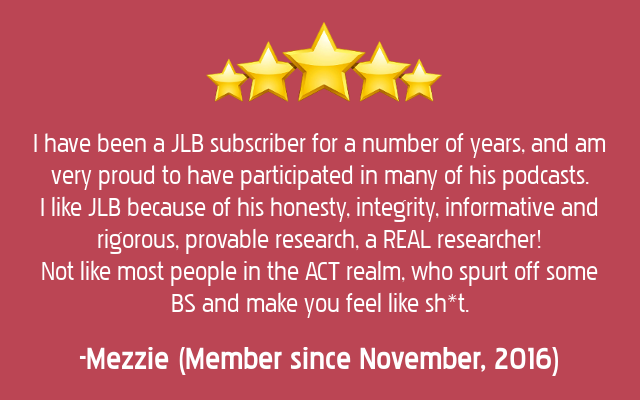 This detailed article will explain to you what real research means on johnlebon.com – CLICK HERE

Want to join the world’s greatest think-tank for skeptics right away?