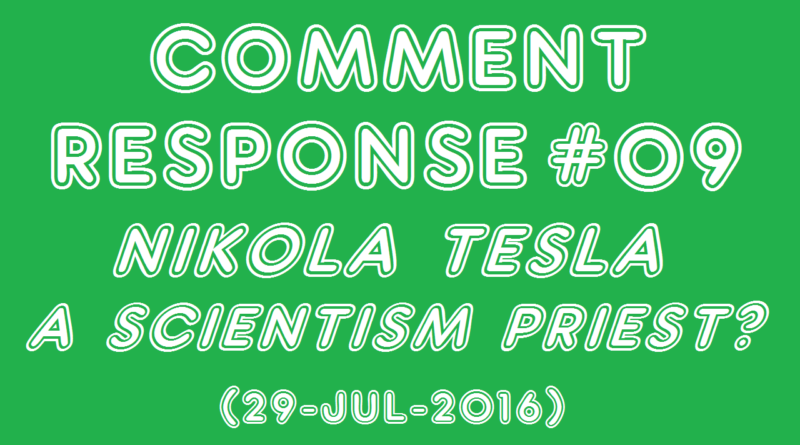 In this series I respond directly to comments left on my YouTube videos. Episode #09 is focused on the comments section of ‘JLBE1652 | Nikola Tesla a Scientism Priest?’. Many people involved in the ‘alternative media’ promote and/or believe a number of fantastical stories regarding inventor Nikola Tesla. According to some, Tesla: developed ‘free energy’ technology; designed a ‘death ray’; was interfered with by the Rockefellers (or others) who allegedly burnt down his lab; and was written out of the history books. How many of the people parroting these claims have read the primary sources documenting what Tesla actually said? How many are aware that Tesla claimed that intelligent life existed on Mars? In this podcast we look at the primary sources which reveal that the ‘real’ story of Tesla is even whackier than the ‘alternative’ mythology – and that’s just the tip of the iceberg…