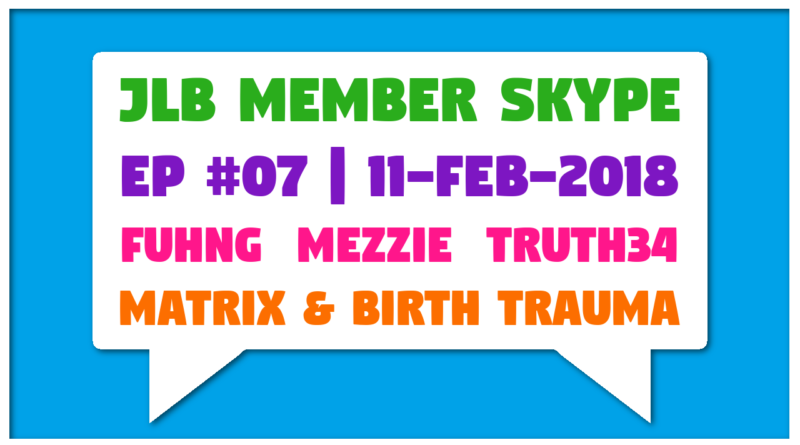 This call deals with some very heavy/dark topics, and the listener is advised to proceed with caution.

The official etymology of the term ‘matrix’ suggests that the word has a direct relationship to ‘womb’ and/or pregnancy.

Neo’s expulsion from the ‘matrix’ into a dark and sterile ship was extremely traumatic. Is the typical hospital birth in the ‘real world’ today so different?

This call went in a direction which I certainly did not intend. I will leave it up to the individual listener to decide how much value he or she might derive from the conversation.

Truth34 (Andrew from Massachusetts) made his Member Skype debut while veterans Fuhng and Mezzie returned for their third and fifth appearances respectively.

-> Released a few days before this call, a discussion of some of the philosophical concepts explored in the film The Matrix.

-> Article discussing the ‘life expectancy is going up’ myth. Relevant to any conversation concerning the medical industry.

-> The first podcast featuring Jeanice Barcelo I ever heard, and one which changed the direction of my life.

-> Only an abstract (I will try to get my hands on the full study asap) but it outlines the key point I was referring to during the call:

-> Brilliant and detailed article which explores the damage done by ultrasound, and how completely unnecessary the practice is.

-> Story mentioned during the call, concerns the notion that ‘the map is not the terrain’.

-> Corbett’s piece on Borges’ story about a never-ending library.

Hey guys, I have a great idea. Let’s bring an innocent little human into the world inside a building full of strangers with this symbol featured upon the entrance: