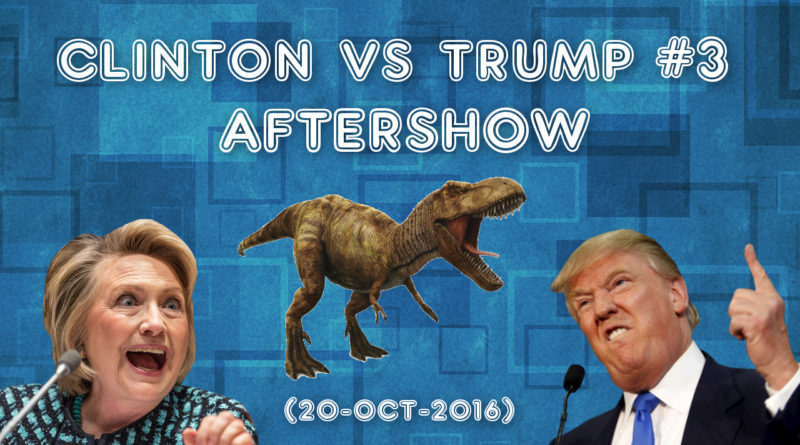 Shortly after the third and final 2016 US presidential debate concluded, I spent about 90 minutes broadcasting my thoughts to the world via a live google hangout. After a brief reflection on the debate, other topics were then covered, including the ‘conspiracy’/’truther’ mindset and who is attracted to this scene, recent shenanigans in the Flat Earth ‘movement’, as well as an update on my research into the dinofraud.

I originally set this broadcast to ‘unlisted’ once it had concluded, and was concerned that the production values might not be up to scratch for a public release. Having listened back to it, the computer microphone held up better than expected. The topics covered make this one well worth releasing, which is why I have taken the time to convert it into an mp3 file for your convenience. I hope you enjoy.