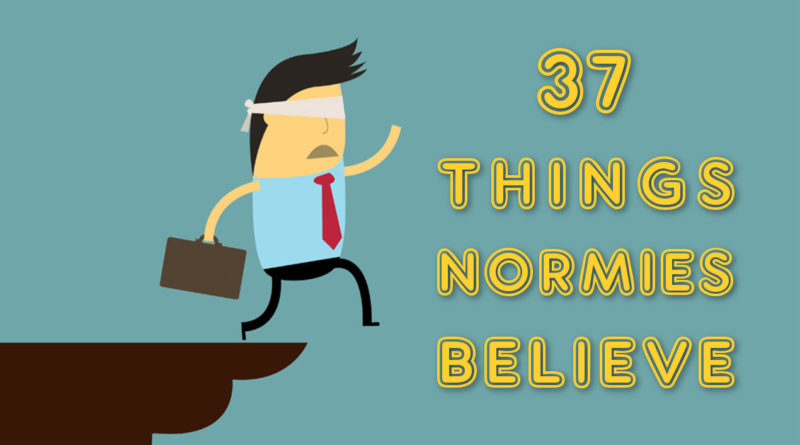 What follows is a non-exhaustive list of some of the things which the typical western person (or ‘normie’) believes.

A normie is likely to believe most, if not all, of the claims listed. Their belief may be implicit or explicit; conscious or subconscious. In some cases, a normie may not have a strong opinion either way about a particular claim but, if shown that the claim is an established scientific/historical/government ‘fact’/opinion, will generally defer to authority and accept it as being either true or likely true.

It is recommended that you have a pen and paper handy to jot down the numbers of the claims with which you agree. Be honest with yourself. This may prove to be a very useful exercise, particularly if you continue to peruse johnlebon.com and then revisit this list at some stage in the future, to compare your own results from one point in time to the next.

A video review of the first ten items on this list is now available.

One-hour presentation available to all Members of johnlebon.com right now.

1) Humans evolved over many millions of years from simpler species.

2) Physical matter is mostly empty space, including our own bodies.

3) There are about 7 billion humans alive today and the earth is overpopulated.

4) Earth is a gigantic spinning ball hurtling through the infinite vastness of space.

5) Humans have sent objects into space and even walked upon the face of the moon.

6) Intelligent life likely exists on other planets (such as the red dot we sometimes see in the night sky).

7) A variety of lizard-bird creatures dominated the earth’s landscape millions of years ago.

8) Once they died, these lizard-birds eventually turned into the oil which is now extracted from the earth for fuel.

9) This oil is a limited and largely non-renewable commodity, and is running out.

10) The earth’s climate is changing dangerously due to human emission of gases like CO2 and CH4.

11) Characters like ‘Plato’ and ‘Strabo’ were real people who existed thousands of years ago.

12) The bible was written thousands of years ago.

13) State-funded/mandated vaccinations are primarily intended to save people from disease/illness.

15) ‘Mental illness’ is caused by a chemical imbalance in the brain.

16) ‘Cancer’ occurs by chance and is best treated via excision and/or intravenous/ingested chemicals and/or radiation.

17) It is safe and healthy to eat cows which have been fed grain and raised/slaughtered in factories.

18) State-funded/regulated education exists to improve the knowledge/welfare of the populace.

19) State-sanctioned ‘taxation’ is necessary/beneficial for the people being ‘taxed’.

20) Usury is necessary/beneficial for societies in which it is legal/practised.

21) Magical weapons exist which could destroy millions of humans instantly and suddenly.

22) These magical weapons can be transported long-distance by accurate, specialised missiles.

23) Countries like the US are ruled by individuals elected democratically by their fellow men and women.

24) These rulers have unilateral and direct access to employ the aforementioned magical weapons.

27) Twice last century, many powerful countries went to war against one another in order to take control of/defend the world and its people.

28) The worst victims of this warfare were the Jews – 6,000,000 of whom were intentionally murdered as part of a ‘final solution’.

29) Pop culture content (such as films, television programs and music) exists primarily to entertain the public and turn a financial profit for those promoting it.

30) The 1960s ‘counterculture’ movement (including the ‘sexual revolution’) occurred/grew organically and was led by regular civilians.

31) Humans of different races are so similar they ought to live together in mixed communities.

32) Miscegenation is natural/normal; mixed-race children have similar health and welfare outcomes to their non-mixed peers.

33) Men and women are so similar they ought to study and work together in mixed environments.

34) Sexual promiscuity is normal/healthy and beneficial for individuals and/or society.

35) General access to medical centres dedicated to ‘aborting’ pregnancies is beneficial for society.

So how did you go?

How many of these 37 claims do you believe at this present juncture in time?

Which of them (if any) have you recently changed your mind about,
and what was it that caused you to change your mind?

Are there other normie-popular claims which you think
ought to be included in any similar lists in the future?

Please leave your feedback in the comments section below!

You’re invited to join us! 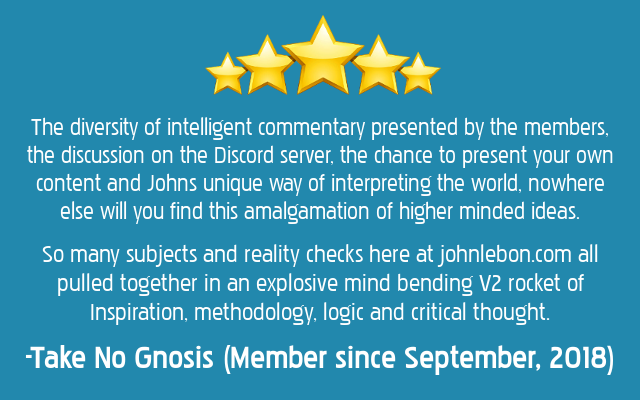