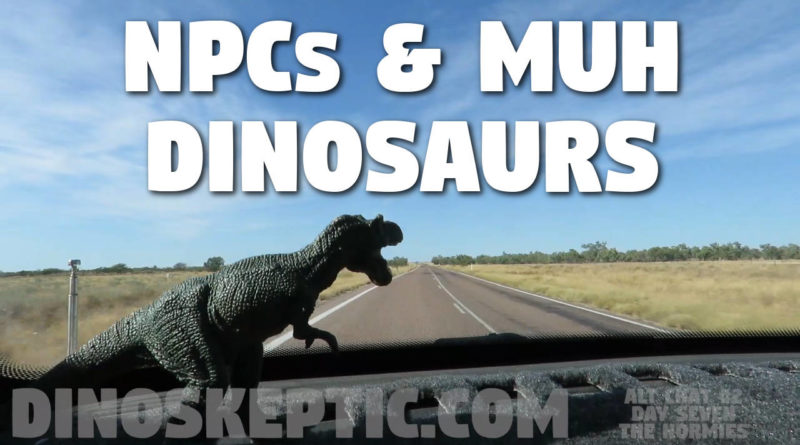 A chat we recorded during the eight-day Dinoskeptic roadtrip.

The feature-length Dinoskeptic film will be released within days.

This chat is just one example of the hours of footage which was recorded during the roadtrip but, due to time constraints, will not be in the final cut.

As you will see and hear for yourself, it is still infinitely better than 99% of what the ACT realm has to offer.

Remember, you can sign up as Member of johnlebon.com in moments via paypal.

There’s more than eight hours of Dinoskeptic content waiting for you, as well as more than 180+ hours of exclusive content on topics including…

…and much, much more.

See the other perks of Membership here.

Less than a cup of coffee per week to be part of the single coolest website on the internet today.

Also be sure to check out the Are Dinosaurs Fake page on Dinoskeptic.com