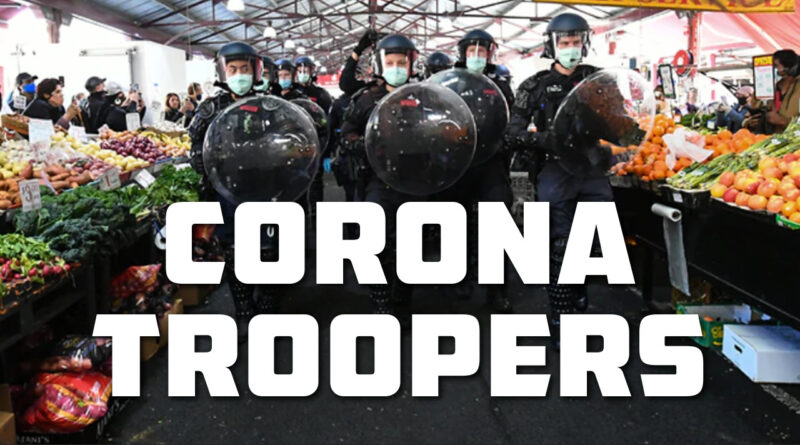 Stormtrooper style police shutting down a protest in a Melbourne fruit market. Is this for real?

One thought on “Corona Stormtroopers in Melbourne Arrest Protesters?”