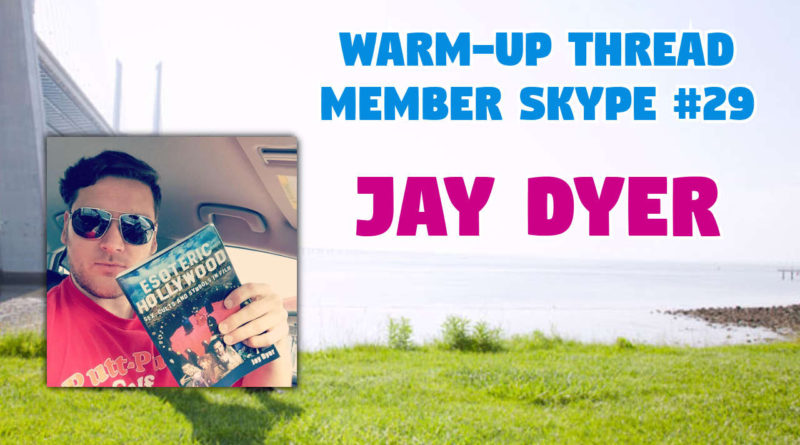 This is the Warmup thread for Member Skype Call #29, which is focused on Jay Dyer of Jay’s Analysis.

Member Skype #10 was a fair primer, but this fellow deserves a full and proper analysis.

Over the next day or two, I will try to post a review of some chapters/essays from his 2016 book Esoteric Hollywood.

Once again, I recommend those interested in empiricism/materialism/logic/’trivium’ listen to the 2014 chat between Jan Irvin and Jay Dyer.

[I simply rip/download videos like this to mp3 via convert2mp3.net, and listen to them as podcasts]

The most interesting thing I took from that call (which I have listened to at least twice now) is the different perspectives on how much we can know/prove/ascertain with our empirical senses (i.e. sight, sound, touch, smell, taste). How can one know/prove/ascertain that there is something beyond the physical, beyond the material? Is it okay to believe without being to prove?

Even if I now, personally, view Irvin as somewhat of a clown, and have my own reservations/critiques about Dyer, I think this part of their dialogue has something to offer those with ears to hear.

I plan to splice that section of their call into the final copy of MSC #29.

For those of you who don’t own your own copies of Esoteric Hollywood, I will try to upload (and review) a few pages from one chapter/essay to give you an idea of what the book is like. Basically it is a collection of the film analysis essays you can find on Jay’s website.

For some cheap lulz, here is an interaction I had with Jay earlier this year. In the comments of that video, he explains that due to my livechat comments during that show, he and I can never be friends now 🙁 All I wanted to do is ask if nukes are fake…

For what it’s worth, I have nothing against Dyer. I still kinda look up to him in a way, and hope to eventually surpass him as an impressionist. I have a long way to go, though: he is pretty good. As far as film analysis is concerned, I think my own esoteric perception is already well beyond Jay’s, but I have only published a few articles, whereas he has published dozens (hundreds?) and released a book, and I for one respect that.

If you want your own copy of Esoteric Hollywood, I think I heard Dyer say that it costs the same, but he gets a better cut, if you buy it from him directly (rather than via Amazon). I’m not sure if that applies to non-US purchasers, though.

I haven’t read the whole thing, just the chapters that directly apply/relate to my own current fields of inquiry (e.g. 2001: A Space Odyssey) but I think that people interested in philosophy/film analysis will get value out of the book, based on the chapters I have read so far.

One last thing, I sent Dyer an email ages ago to invite him onto the show. He never replied. Oh well, the show will go on without him 🙂

I truly did intend to post a review of some of Esoteric Hollywood in time for this call. Time got away from me.

I did however manage to listen to this recent liveshow featuring Dyer.

You can listen to a version without all of Dyer’s mouse-clicking here.

Here is what I liked about Dyer’s contributions to that discussion:

*Spoke out against the Fukushima fearporn. Suggested that perhaps the ‘radiation’ thing was being overblown. This was in the face of a panel who are apparently 100% conspiratard-tier, people who genuinely believe that fish off the coast of California are now poisoned due to Fukushima (lol). Huge credit for that. Not always easy to question fearporn when among a panel of fear-pornographers.

*Stated categorically that he does not believe the ‘moon landings’ were real.

Here is what I did not like about Dyer’s contributions to that discussion:

*Seemed to suggest that ‘spy satellites’ are real.

*Seemed to suggest/imply that ‘outer space’ is real.

*Seemed to suggest that the ‘Cold War’ was real.

*Seemed to suggest/imply that the ‘elite pedophile ring’ (‘pedogate’) meme is based on something real, and/or that it is worth wasting time talking about.

*Relied on Dave McGowan’s work for his ‘why I don’t believe in the moon landings’ arguments. This implies that the moon is actually a solid, physical place — a lunar terra firma — where anybody even could travel to in the first place.

There was a tonne of utter nonsense spoken by the other panelists on the call. It was tough to listen to. But that is not Dyer’s fault, and (in my opinion) it is not his job to call out the lunacy being peddled by people on a call with him, just because he is on the call. Others may disagree, that is cool. But my own position is, you can’t judge a person on a show/call by what the other people are saying. If one guest contradicts the other guests (or hosts) too much it can ruin the flow of a show/call (and those who do this can soon find themselves uninvited to future calls). Especially in the case of these wannabe-mainstream types of shows like ‘The Boiler Room’.

It is very different for those of us who participate in the Member Skype Calls here on this website, because we are not trying to create a quasi-mainstream ‘radio show’. As the host, I warmly encourage panel members to disagree with myself and/or each other, to challenge premises, to scrutinise thinking patterns. The tiny audience who listen to these calls appreciate civil disagreement. If anything, we haven’t had enough disgreement lately! One of the most popular editions of the MSC to date — in terms of discussion generated, and listener feedback — was the one in which Jumpy wanted to ‘hold my feet to the fire’ on the JQ. 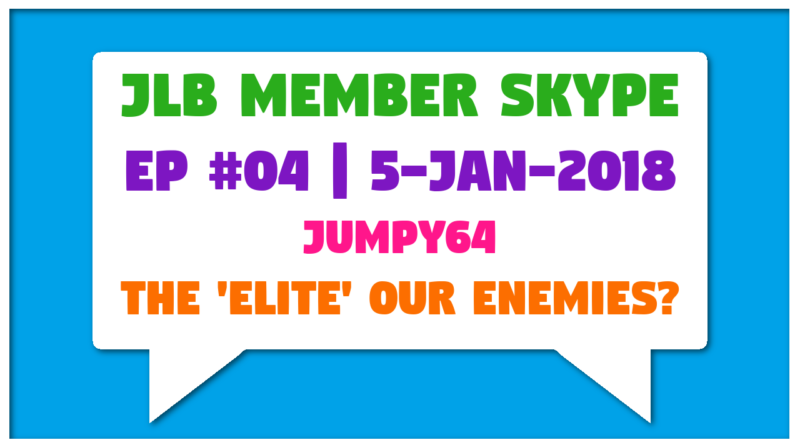 But yeah, the other panelists on that particular show/call with dyer recently were… struggling. It felt like my brain was regressing four years back into conspiratard territory just listening to them. Ouch. You’ve got to give Dyer credit: he is putting himself through torture hanging out with these kinds of people, just to promote his own work to a wider (normie) audience. That takes a certain kind of dedication which I for one consider to be admirable in a way.

To give you an idea of how bad it got at one point, the host was saying stuff like, ‘We as Americans must lobby the government to disband the alphabet agencies’ (paraphrasing). Lol. Is this guy serious?

Don’t get me wrong. I used to be a conspiratard, too. I’m not here to judge anybody. But I progressed, I developed, I grew. That was the whole reason I got into the so-called ‘truth’ stuff to begin with: I wanted to learn, I wanted to find out how and where I had been deceived. The journey continues to this day.

And I have now dealt with enough conspiratards to know that most of them will simply never move beyond conspiratard-tier. Some will make it out of conspiratardville, sure, but they (we) will be a tiny, tiny minority of the broader ACT realm. The rest will continue to take glee from news stories about Mark Zuckerberg supposedly ‘losing millions of dollars on the sharemarket’. Yep, laugh like you have won something when Goldstein is reported to have lost money. After all, Goldstein created Facebook! See, they even made a movie about him inventing Facebook in his dorm room!

Proposed topics for the call tomorrow

Anyway, depending on who turns up to this week’s call, and whether or not there are other topic suggestions made during the pre-call chat, I am going to recommend that we discuss some of these topics for ourselves:

We can discuss our own beliefs/disbeliefs on each of these topics. If our minds have changed, we can share/discuss how and when they changed (if we remember), that kind of thing.

But let me serious: if any participants in the call actually believe that, due to ‘Fukushima’, fish caught off the coast of California is radiated like a Springfield Blinky, they’re gonna have a bad time.

No word of a lie, I am sitting here at the local Cafe, on my laptop, on a Saturday night.

A much more wholesome use of my time than last weekend, but I digress.

Anyway, while I am writing this 28-Jul update, what comes over the radio? No word of a lie:

What a time to be alive, folks. WATTBA.