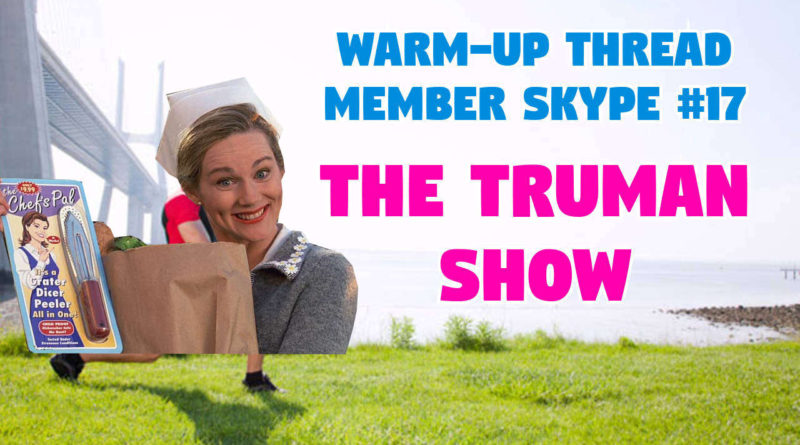 This is the warmup thread for Member Skype Call #17, which will be focused on the film The Truman Show (1998).

The film is a personal favourite of mine for a number of reasons.

On the surface level we have a story about a man in ‘reality TV’ before the proliferation of ‘reality TV’.

It asks questions about relationships, identity, purpose, and how we lead our lives.

Beneath the surface we have — in my personal opinion — a story about a man’s initiation into the occult.

Sirius, pillars, a man named ‘Christof’ based inside of the moon, and a Tru(e)-man coming to terms with the fact that there is an entire world out there, to which he has spent the first thirty years of his life completely blind.

There are so many things to discuss, I could fill an entire two-hour podcast all by myself. Hopefully this won’t be the case, of course, which is where you come in 🙂

The first film-themed MSC, #15, was focused on a more abstract film (Mulholland Drive) which may have caused some trepidation; in the end it was only myself and Mezzie who partook in that call.

My hope is that The Truman Show, which involves a more straight-forward narrative structure, will generate a greater level of enthusiasm for discussion.

This is film analysis, a form of art appreciation, which means that there is not necessarily any ‘right’ or ‘wrong’ perspective on the subject material.

What does The Truman Show mean to you? When you watch(ed) the film, what sorts of things does it lead you to think about?

Remember that if you can’t make it to the call, I will be happy to read out some of the comments left here as part of the conversation.

My previous work related to The Truman Show: