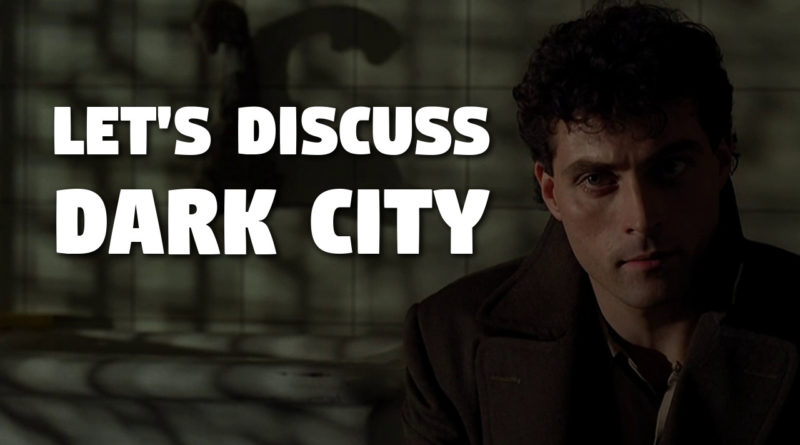 The rose-coloured glasses of nostalgia: a natural part of life?

Romance and memory: ‘She’s not my wife, I don’t know who she is’.

I had wanted to set aside the weekend of November 22/23 for this one.

However, there’s a strong chance I will be otherwise predisposed on that weekend (TBC).

Alternatively we can set it for the weekend of Saturday 7-Dec / 8-Dec.

This post is intended to gauge interest in this film.

What do the Members want to discuss?

There’s only two more films left on my list for 2019: Dark City and Waking Life.

After these, we can reassess.

The last three film-based Calls have seen two, one, and two participants respectively, suggesting that — as far as active participation in the Call itself is concerned — the film-based Calls may not be as popular at this point in time as I had hoped.

Perhaps we can revert to a set topic style of Call schedule, as per the Member Skype season, or maybe it is time to revert to the Open House format, as per Season One of the Discord Calls.

In the ideal world, I’d like to have a mix of the formats: one week a film, one week a set (non-film) topic, one week an Open House.

If there is interest in an Open House before the end of the year, I’d be happy to schedule one.

There’s a few reasons why I wanted to cover these films in relatively short succession.

Below is a list of thoughts and questions which went through my mind upon revisiting Dark City recently.

These are the kinds of things I’d like to discuss on the Call about the film.

Alternatively, I’d be interested to read your thoughts in the comments section below.

What did you take away from your most recent viewing of Dark City?

Let’s get the discussion going.

If you haven’t seen the film yet, best to leave this post for now, and return once you’ve had a chance to watch Dark City for yourself.

It is, imho, a brilliant and thought-provoking movie, right up there with The Thirteenth Floor and other classics we’ve reviewed on this site.

a) The significance of time

b) A simulation to learn about humans?

c) Are your childhood memories ‘real’?

e) There is no time for romance

a) The significance of time

In the opening scene of the film, we see a pocket-watch.

Clocks are shown throughout the film, and also on the movie poster. 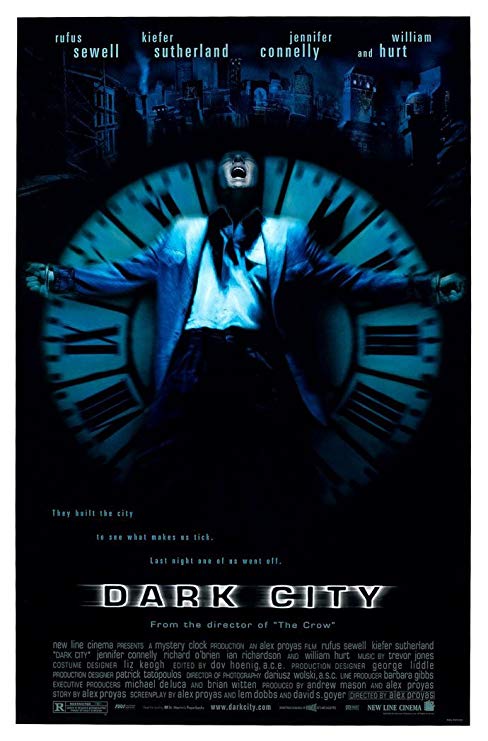 I mentioned in the latest Member Call that I have lately been thinking a lot about ‘time’.

In some ways, ‘time’ is not real, and yet it dictates the way we live, day by day, and across the course of our lives.

What should I do tonight? What am I doing this weekend?

Where do I see myself in ten years? Do I want to risk being alone in my old age?

How can something so immaterial take up so much of my (our?) conscious thought and energy?

b) A simulation to learn about humans?

We fashioned this city on stolen memories. Different eras, different pasts, all rolled into one. Each night we revise it, refine it, in order to learn.

About you. You and your fellow inhabitants. What makes you human.

We need to be like you. I understand you now.

I’ll be as brief as practical here: Is it so absurd to think that something is using this realm to study ‘us’?

The audience at home watching Truman in The Truman Show.

Artificial and/or organic ‘intelligence’ watching and learning as the unsuspecting subject lives its life.

Do you ever wonder if maybe your existence is part of one gigantic study of the ‘human’ condition?

c) Are your childhood memories ‘real’?

Start of this clip.

You still don’t understand. You were never a boy. Not in this place.

Your history is an illusion, a fabrication, as it is with all of us.

I remember a lot of things about my past. Thousands of memories available for recall at a whim.

Oftentimes I don’t even want to remember things, I just have flashbacks. Dozens if not hundreds per day.

I know that these memories are ‘real’ and that the events in question really happened.

After all, what else could explain the existence of these memories in my mind?

How much do you remember about your childhood, how much faith do you have in those memories?

Why do the ‘strangers’ call their craft ‘tuning’?

Is there any relationship between this, and the frequency of ‘mandela effect’ examples being based on television and film references?

As in, once upon a time we tuned our televisions, if you get where I’m going with this…

Once in a while one of us wakes up… while they’re changing things.

It’s not supposed to happen, but it does. It happened to me.

The recurring question: why do some people seem to ‘snap out’ of the programming, while others remain stuck forever?

Dark City doesn’t appear to attempt to answer this question directly, but it does provide a basis for exploration.

Walenski went mad while investigating the case — or was he mad to begin the investigation in the first place?

Note also the appearance of the subway, reminiscent of Ghost and The Matrix, Walenski’s ‘way out’.

e) There is no time for romance

At the end of this clip.

There is no time for romance. The world can be what you make it. What have you done?

You have the power to make anything happen… but you must act now.

This one may be less relevant to many of the Members of this site, who are happy in long-term (and even permanent) relationships.

For those of us not yet committed, the question may arise from time to time: what is the best path forward?

In Donnie Darko, there are two films playing at the cinemas when the portal opens:

‘The Evil Dead’ and ‘The Last Temptation of Christ’.

The latter stars David Bowie as Pontius Pilate (or, as he prefered to be called, Ponteeus P’lartee).

At the risk of spoiling the film, it is revealed that Christ’s ‘last temptation’ was having a family.

That’s right: he avoided all of the other potential pitfalls, but fell for the wife+kids meme, revealed at the end to be the work of the devil after all.

These aren’t my opinions, by the way. This is what happens in the film (apparently).

Personally I still suspect that being responsible for and raising children is probably the single most effective way for a regular man to find purpose, meaning and contentment in life.

I still daydream of doing exactly this myself one day.

In the streets of Vietnam I see happy kids, happy mothers, and even happy fathers.

These are fleetingly rare sights in modern-day Australia, a place so spiritually and psychologically poisoned that few flowers still flourish through the weeds.

Here in Asia my faith — and that is all it is — in the ‘family unit’ has been somewhat restored.

Sometimes I allow myself to dream…

However, I’m open to the idea that this is not the best way forward after all.

Was John Carpenter trying to tell us something in They Live?

‘John Carpenter’. What a name!

Remember what Jesus was doing for a living before he married Mary Magdelene?

Speaking of MM, in The Last Temptation of Christ, before Jesus married her, she was a lady of the night…

(This is a much funnier version, an amateur reenactment of the original scene)

We see that Winston in 1984 has flashbacks to his experience with a lady of the night.

Although not a film we have looked at yet on this site, there is also a key scene (or two) with a night lady in Eyes Wide Shut.

Might be too taboo for a Member Call but possibly worth listing here if anybody is interested in the discussion.

Should prostitution be legal? Is it immoral (as either worker or customer)?

Is there anything to be read into the use of night ladies as the victims of the killer in Dark City?

Now we see the protagonist of Dark City being programmed (?) to murder night ladies.

What is it with fictional stories, night ladies, and death?

i) Leave your thoughts and comments below. Let’s get the conversation going.

ii) Let me know if you are available for a Call this weekend or alternatively on the weekend of Dec 7/8. 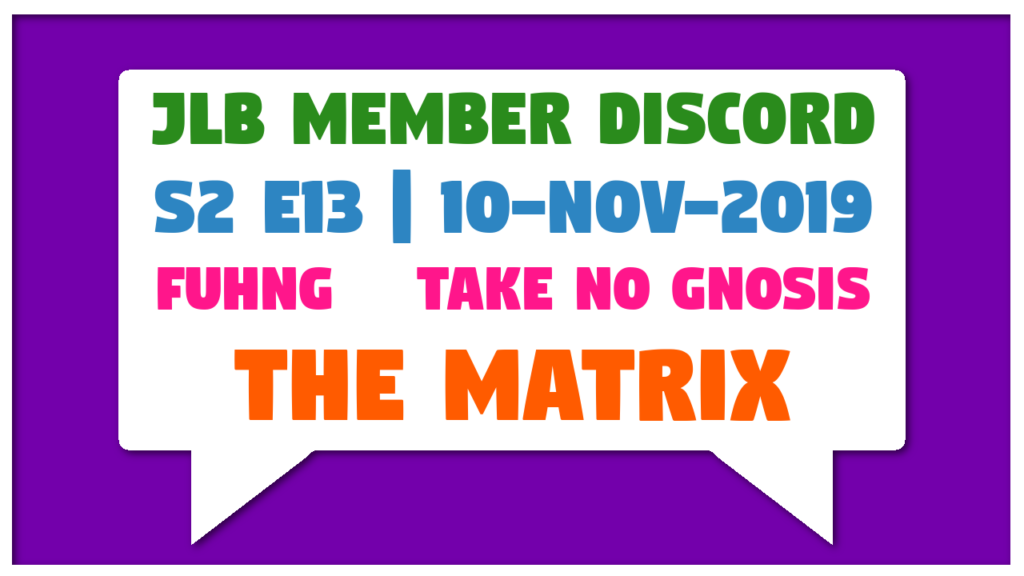