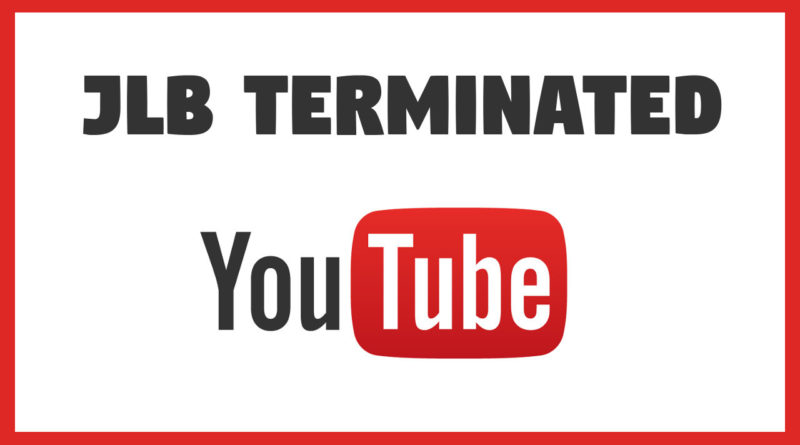 I’m currently in (the outskirts of) Melbourne, as planned. I grew up here and moved to Brisbane in 2011. After saying goodbye to people in Brisbane, it made sense to come back to Melbourne and say goodbye to old friends and family before jetsetting to Thailand and beyond.

On the trip down here I visited Russell (Watzzupsport) in Killarney, and Velocet + Phil in Sydney. Soon I will upload some footage I recorded while at Russell’s place. For now it shall suffice to say that it was terrific to see Russell and Velocet again, and meet Phil for the first time.

Down here in Melbourne I plan to catch up with Mezzie on Thursday. Tomorrow I will visit my old buddy Gino. I have left my Saturday afternoon free and if there is enough interest, I may make my way into the city to grab a coffee (or maybe even a froffee) with any Members of this site who might be in the area. Then on Sunday I will fly from Melbourne to Phuket to begin the first chapter of the next volume of my life.

Anyway, I wanted to quickly share some ostensibly-bad news: my primary youtube channel has been terminated for a third ‘community guidelines strike’. Well, we all knew this might happen. I haven’t been able to upload any videos for several weeks now, after the second strike was applied early January. All it would take was one more strike to lose the channel altogether and this is exactly what happened.

I always said that if my channel was terminated, the main thing I would miss is the 700,000-view Ariana Grande video. It was kinda cool to have a semi-viral video on my channel. Well, that’s gone now. As are literally hundreds of other videos and all of their comments. It is a shame.

Of course, I save all of my videos to my own hard-drives, so the content itself remains safe. Perhaps one day I will reupload some of those videos to a new YouTube channel. Then again, the past few weeks have been eye-opening: without a YouTube channel to upload stuff to, I haven’t felt any compulsion to create that kind of content.

I can go into much greater detail about this another time but for now, the main point is this:

YouTube is — generally speaking — mindless entertainment for mindless people. Individuals like myself can come along and treat it as something ‘more’ than that, but we will always be the exception. For the most part, YouTube is simply a place where people go for instant stimulation and trivial, passive consumption of flashing lights and sounds. Like an even more Epsilonised version of TV, really.

At best, YouTube can be used as a social media marketing tool for one’s own platform (i.e. YouTube channel -> JLB website). The more I learn about digital marketing, the more valuable I see YouTube as an avenue for people who do have worthwhile products or services to share. Used wisely, it remains an excellent tool for promotion and marketing one’s own material.

At worst, YouTube is yet another avenue for well-meaning people (myself included) to waste their finite time on this thing we call earth. Did I really need to create so many videos over the past few years? Probably not. It can be addictive, and the return on time investment is rarely as lucrative as one might like to imagine before pressing ‘record’.

So, for now, I do not plan to create a new YouTube channel for JLB content. In the future, I almost certainly will create new YouTube channels to promote other projects I plan to embark upon, some of which will be related to the key ideas I have already explored over the past few years via the JLB moniker/brand.

As for the JLB operation itself, perhaps there is no need for a YouTube channel. Or, perhaps, a ‘best of’ of ‘classics’ channel will suffice. I can worry about all of this later.

For now, if you are an existing Member of johnlebon.com, you can expect to see more videos and podcasts and articles, all hosted on my own website, utilising my own servers. Things have been relatively quiet lately, as I pack up my life here in Australia, but as soon as I get myself set up in Thailand, it will be back to business as usual: weekly Member Calls, regular Member Videos, and the occasional feature article as well.

If you are not yet a Member of johnlebon.com, perhaps it is time to jump on board. There’s about 130 hours of exclusive content waiting for you right now, with plenty more on the way.

And whether or not you are already a Member of this site, be sure to join the Mailing List. I plan to send out one email per week throughout 2019, after only sending out maybe a dozen in total last year. If I don’t bother creating a new YouTube channel for JLB material, the Mailing List will be the easiest way to stay up-to-date with what is happening here at johnlebon.com

There is plenty more I would like to say but for now, time is short. One point I ought to make is that I am thankful for the opportunity YouTube has allowed me, to build up a small but significant audience of people around the world, who are — to varying degrees — interested in what I call skepticism. Without YouTube, this never would have happened.

A lot of content creators in the ACT realm would react to the news of channel deletion very differently. They would tell you that they are ‘victims’, that they have been mistreated, that YouTube/google somehow owes them something. These people are clowns, fools and charlatans, and their mindset is utterly toxic.

If you want to live a pathetic and miserable existence, associate yourself with people who display victim mentalities, and listen to the ramblings of people who act as though the world owes them something. Before long, you will see your reality as some kind of bleak dystopia and you will fall into the clutches of anger, despair, and depression.

If on the other hand you want to live a productive and uplifting existence, associate yourself with people who appreciate the good elements of the modern world. Engage with the sentiments of people who live their lives as though they are blessed to be here, right now, in this time and place, with so many opportunities available to those who have ideas they want to share. Before long you will wonder why you ever allowed yourself to fall into the victim mentality / loser mindset so common to the ACT realm.

This is a beautiful time to be alive, my friends. And the only reason why you are reading these words right now is because five years ago, some naive fellow decided to start a YouTube channel and share his thoughts with the world.

The main reason why I am boarding a plane to Thailand and planning to live the next part of my life as a ‘digital nomad’ is because of the audience I built via YouTube. A life I dreamed of in the past is fast becoming a reality in the present. It truly is amazing to me.

And so, instead of lamenting the loss of my YouTube channel (and my 700,000 view Ariana Grande sketch), I for one will be spending some time today reminiscing about the good times on YouTube. It has been a wild ride, an amazing part of my life, and what better time for YouTube to finally bring down the curtains on this act than five days before I board my plane?