Don’t worry, emergency measures are being implemented. From the ABC:

Manufacturers of toilet paper, tissues and hand sanitiser are boosting production to keep up with a surge in demand prompted by coronavirus concerns.

Supermarket shelves for essential items have been raided in recent days as nervous buyers stock up across the country — a trend which has been described as “panic buying” and likened to so-called “doomsday prepping”.

Prime Minister Scott Morrison today said he had met with Coles and Woolworths executives to assess the situation.

Mr Morrison said he was “concerned” but was confident supply chains and manufacturers were responding, including Kimberly-Clark, which makes toilet paper and tissues under the Kleenex brand.

Yes, the Prime Minister of Australia has reportedly met with supermarket heavies to discuss the toilet paper situation.

As of this afternoon, toilet paper shelves around the country are empty. 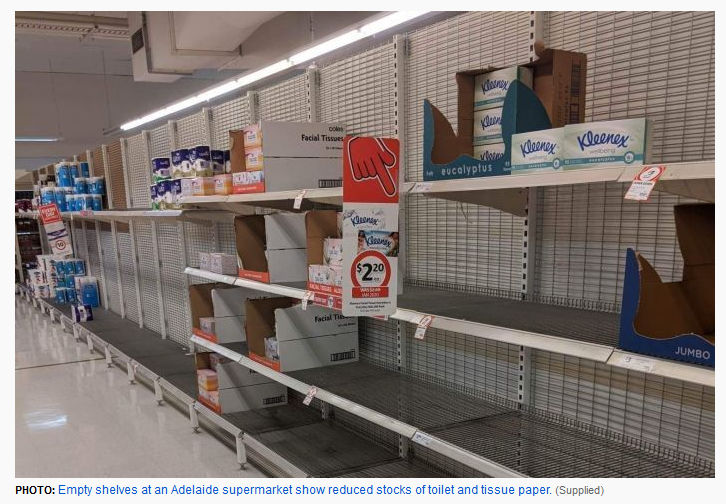 This has led at least one savvy merchant to list some toilet paper on ebay with a hefty markup.

Meanwhile anecdotal reports on the ground suggest that it isn’t just toilet paper the shoppers are coming for.

The forum thread in which that comment was posted is full of similar reports.

Australians are stocking up on toilet paper and other items to the point that supermarkets are already running out, and it would seem that the fun has only just begun.

Panic and sensationalism concerning coronavirus in Australia isn’t limited to the hoi polloi.

The country’s largest professional football league, the AFL, schedules an annual match in China, supposedly to ‘grow the game’ i.e. encourage Chinese people to play and watch the sport.

Today the League unofficially confirmed rumours that this year’s game in China has been cancelled.

The two teams who were set to face off in Shanghai on May 31 will now play their game somewhere in Australia at some other time.

The League hasn’t even decided when the game will take now place, but they know for sure that there’ll be no AFL in the Middle Kingdom in 2020.

An official confirmation is apparently expected by the end of the week.

Folks, you understand that we live in a madhouse, yeah?

The truth is that I didn’t take coronavirus seriously until a few days ago.

Now I find myself sitting in an empty cafe, in an unusually quiet city, in a country which is expecting millions fewer visitors this year due to coronavirus.

Tourist arrivals may drop 6 million this year due to virus: TAT

The number of foreign tourists visiting Thailand may fall by 6 million this year to 33.8 million, the lowest in four years, due to growing fears over the coronavirus outbreak, the Tourism Authority of Thailand (TAT) said on Monday.

That was downgraded from last month’s forecast for 35 million visitors this year, down 12% from 2019’s 39.8 million, due largely to fewer tourists from China, Thailand’s biggest source of visitors.

Long-term residents here in Chiang Mai tell me that the city is much quieter right now than at the same time in previous years.

I’ve read in various outlets that Italy is in ‘lockdown’, while some countries are imposing minimum quarantine periods for people arriving from Italy and other countries with large reported outbreaks of coronavirus.

It is becoming apparent that if the panic surrounding coronavirus continues to grow, it may eventually impact my own travel plans.

In a couple of days I am flying from Thailand to Malaysia, because my visa-waiver period here in the Land of Smiles is almost at its end.

My original plan was to stay in Malaysia for the full three months they give tourists (without any need for a visa, Malaysia is cool like that, you basically get three months free).

Now I am seriously contemplating heading back to Australia until the dust settles, should any of the countries I have been visiting go the way of Italy or China.

That is, if Thailand, Vietnam, Malaysia, or any nearby countries go into ‘lockdown’ as Italy and China reportedly have, then I may need to act.

I’m not personally concerned about coronavirus in the slightest. If it even exists, it won’t kill me.

However, I do not want to get stuck in a foreign country if and when they go into ‘lockdown’, because if this were to happen, it might hamper me from visiting other countries later.

Basically my entire ‘digital nomad’ lifestyle depends on being able to move about freely, from one ‘low cost of living’ place to the next.

It would appear that coronavirus has the power to stop this freedom of movement and by consequence stop my own journey dead in its tracks.

Fortunately I passed the one-year milestone of my voyage a few days ago, and recorded a Member Video to mark the occasion and reflect on what has been an insane period of my life. 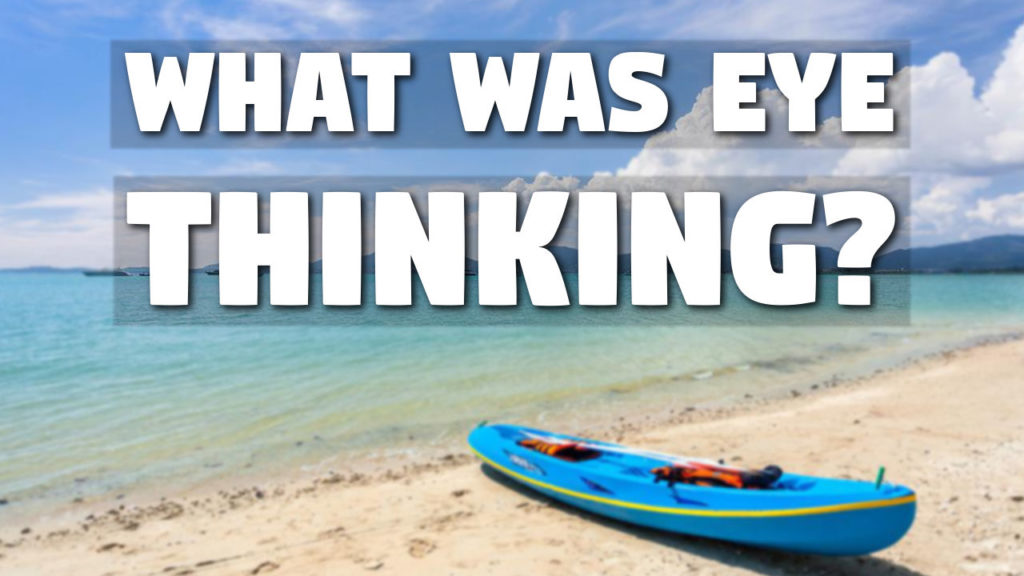 All I ever promised myself was one year on the road. Anything above and beyond that is a bonus.

A return to Australia would come with some silver linings, because it would allow me to:

*See two of my nephews for the first time in their lives, which would be nice.

In the ideal world, I’d rather not return to Melbourne during their winter.

It is a cold, overcast, miserable place outside of the summer months…

…and that’s without even factoring in the uber-lemmings who increasingly populate the place:

I’ll naturally keep the Membership of this website abreast of any developments with regards to my locations and plans going forward.

Wherever I end up, I’ll continue to keep running this operation as per normal.

For the record, I maintain the views which I expressed in this video from 23-Jan-2020:

As of a couple of days ago, that is now the most-viewed video on my primary channel.

The coronavirus fearporn has apparently done a real number on Australians and people all around the world.

I’m not worried about the supposed illness but I am beginning to formulate backup plans if the countries I am visiting become seriously affected and/or go into ‘lockdown’.

No matter what happens, the JLB operation will remain my primary concern for the foreseeable future.

I maintain that the coronavirus news story is in fact a hoax and nobody died, nobody got hurt.

We really do live in a madhouse.

What A Time To Be Alive.

Some lady in Costco (kinda like the Aussie version of Sams Club in the US) went shopping:

lol more images in this article: