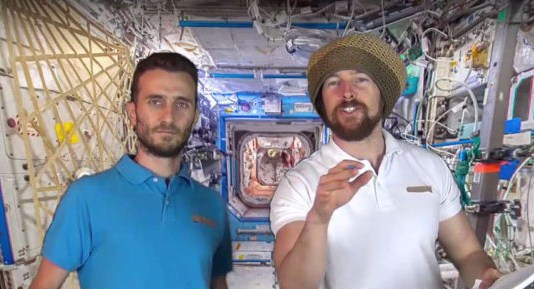 When they do so, a range of images are shown, only some of which pertain to John le Bon.

To help address this issue, here is a small collection of images of John le Bon.

John le Bon likes to make YouTube videos including this one:

JLB and Gino on the International Space Station

While aboard the craft they searched for shills, freemasons, and jesuits…

…but only found bottles of liquor and other contraband.

As part of the Dinoskeptic Roadtrip, John le Bon stopped at many outback towns.

In one of them, he found a cafe which had been built within an old Freemason lodge.

Therefore JLB just knew he had to make a visit to this Freemason lodge.

After all, Masonic lodges are where the shills all like to hang out and plot conspiracies!

For the record, John le Bon has stated many times that ‘paid shills’ are in fact a hoax.

Nobody died, nobody got hurt, period.

JLB made a long drive into the Australian Outback to investigate dinosaur discoveries.

This project is known as the Dinoskeptic Roadtrip.

The idea was first developed by Lucas Cullen of Bitcoin Brisbane.

Lucas is seen here enjoying a coffee with JLB.

You can find more information about John le Bon on his Bio page.