It is one thing to begin to understand the Lie System in which we live. It is another thing to understand how to navigate it without falling into the many traps which lay before us.

Below is a brief list of books which have helped JLB to understand and/or navigate the world in which we live.

If you take the time to read these books, they may help you, too.

A relatively small book (perhaps 140 pages or so) full of golden quotes and passages which explain, in concise terms, how the world really works. Unlike most of the ‘information’ found among conspiracy/’truther’ outlets, the insights of Bernays can be shown to normies as an authority because he was one. This is very useful due to the fact that normies have tremendous deference to authority figures. When you can show them that the master of propaganda stated plainly that TPWRTS manipulate the minds of the masses into thinking they have a choice, when really they do not, this carries far more weight than, for instance, pointing out obvious signs of media fakery on their television screens.

Bernays was the nephew of Sigmund Freud and employed the tenets of psychology to master what we now know as ‘public relations’ – Bernays is even cited as the man who coined the term as a replacement for ‘propaganda’, which had developed a negative stigma among the public following World War 1. He worked for the US government as a member of the U.S. Committee on Public Information, as well as many well-known companies as a ‘public relations’ consultant.

“A presidential candidate may be “drafted” in response to “overwhelming popular demand,” but it is well known that his name may be decided upon by half a dozen men sitting around a table in a hotel room.”
-Edward Bernays

Propaganda masters like Edward Bernays developed their craft by studying the works of crowd psychologists like Frenchman, Gustave le Bon. The Crowd is another relatively short book, which most people could read within a few hours. The preface alone contains more insights, both profound and practical, than the vast majority of content floating around the conspiracy/’truther’ scene.

The book is not without its flaws, and a deeper analysis regarding the claims and conclusions of the work will be made available on this website shortly. One fundamental takeaway from le Bon’s analysis is that crowds are dumber than their constituent individuals, no matter how smart those individuals might be. Moreover, people behave like crowd members whenever they feel they are part of a larger group; although TV did not exist when written, le Bon’s insights into the phenomenon of crowd behaviour yields a compelling answer to the question of how people can believe such utter nonsense on their TV screens. Put simply, each individual assumes that everybody else is double checking what it being said, and since nobody is speaking out, it must be legitimate.

“The masses have never thirsted after truth. They turn aside from evidence that is not to their taste, preferring to deify error, if error seduce them. Whoever can supply the with illusions is easily their master; whoever attempts to destroy their illusions is always their victim.”
-Gustave le Bon 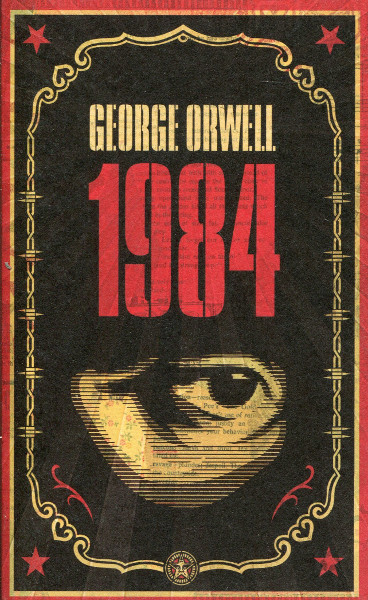 One of those books which everybody seems to ‘know about’ but few ever seem to have actually read. The text is promoted in high schools across the western world and often described as a story about a ‘dystopian future’. Those who have progressed to the Teeny Hoaxes will realise, as they read the pages of this book, that Orwell’s story was not set in the ‘future’: neither Orwell’s future nor our own. Indeed, Orwell was writing about ‘fake rockets’ just a few years after World War II: the ‘war’ which introduced Wernher von Braun and long-distance ‘missiles’ to the minds of the masses.

It is easy to tell who has actually read the book by taking note of what they think it was really about. Much more than merely a treatise on ‘authoritarian government’, 1984 provides keen insight into the minds and conditions of the masses. In one scene, the protagonist (Winston) walks into a bar and offers to buy a prole a beer in order to strike up a conversation. Winston asks his new companion, ‘what do remember about the past?’ The prole thinks for a moment and realises he does not really remember that much at all about how things were, even just a few years ago. This does not seem to alarm him, and he soon goes back to his drink.

“Within twenty years at the most, [Winston] reflected, the huge and simple question, ‘Was life better before the Revolution than it is now?’ would have ceased once and for all to be answerable. But in effect it was unanswerable even now, since the few scattered survivors from the ancient world were incapable of comparing one age with another. They remembered a million useless things, a quarrel with a workmate, a hunt for a lost bicycle pump, the expression on a long-dead sister’s face, the swirls of dust on a windy morning seventy years ago: but all the relevant facts were outside the range of their vision.

They were like the ant, which can see small objects but not large ones. And when memory failed and written records were falsified —  when that happened, the claim of the Party to have improved the conditions of human life had got to be accepted, because there did not exist, and never again could exist, any standard against which it could be tested.”
-George Orwell In order to appreciate the importance of this work, one ought to understand the broader influence/impact/historical narrative of the Huxley family. For instance, Aldous’ grandfather was Thomas Henry Huxley, a major proponent of the theory of evolution (at a time when it was still fledgling and controversial), and teacher of ‘science fiction’ writer H.G. Wells. Aldous’ brother Julian was a president of the British Eugenics Society; many people today seem to imagine eugenics as a method or field concerned with improving the stock of the masses, there are other (more obvious) interpretations to consider (although they are beyond the scope this page).

Was Aldous writing a fictional account of a possible future dystopia, or was he laying out – in plain terms – the obvious corollaries which follow from accepting the burgeoning belief system of modern ‘science’ and ‘progress’? In BNW, people find repulsive the concept of parentage, and the words ‘mother’ and ‘father’ are seen as ‘vulgar’. To put this in context, what do you think a person in, say, 1990 would have thought of the idea of schools/classrooms banning pronouns like ‘he’ and ‘she’? If ‘homosexuality’ is now considered ‘normal’, how long do you think it will be until ‘heterosexuality’ is pathologised? If children are now being told that ‘gender is a social construct’, how do you think future generations will view sexual dimorphism?

Beyond the description of a ‘dystopian future’, Huxey’s work also delves into deeper philosophical questions such as ‘what is the good life?’ Would a person prefer to experience the ups and downs of psychological/spiritual freedom, or would they prefer a perpetual mellow maintained about by drugs and entertainment? Should this decision be made for them (so long as those making the decision are benevolent and well-meaning)? If menial work need be done in a technological society, and if dumb people are more happy than smart people doing that menial work, then does it not follow that it is a good thing to intentionally produce dumb people to do that work? Those who have progressed to the Daddy Hoax level of deprogramming will realise that these are not idle questions. After all, what do you think ultrasound is really for?

“Actual happiness always looks pretty squalid in comparison with the overcompensations for misery. And, of course, stability isn’t nearly so spectacular as instability. And being contented has none of the glamour of a good fight against misfortune, none of the picturesqueness of a struggle with temptation, or a fatal overthrow by passion or doubt. Happiness is never grand.”
-Aldous Huxley

How to Win Friends and Influence People (1936) – Dale Carnegie Modern humans, whether by nature or by nurture, tend to share a number of traits in their psychology and behaviour. If we are to engage with those around us in an efficient manner, it helps to understand these traits. Conspicuously, we are not generally give formal instruction on how to effectively deal with other people while at school. There may be occasional debating lessons or rudimentary ‘psychology’ classes, but most students will be exposed to nothing nearly as concise and informative as what is contained within Carnegie’s classic work.

Do you honestly think you have mastered the art of dealing with other people? It is an art, and unless you have read a book specifically focused on the artform, and attempted to put those lessons into practise, then you are almost certainly costing yourself on a regular basis. This goes for all kinds of relationships, in the workplace, at home, and among the general public. If we are social creatures, and if we prefer to be listened to by others than not listened to at all, it is worth investing some time into learning what works and what does not work. This book is a brilliant start.

Note that although he did not apparently intend it to be so, Carnegie’s work may act as something of a ‘black pill’ for those previously unaware of the motivations of those around them, and those they care about. Put simply, the average Western person today has few if any relationships built upon genuine, mutual respect of intellect and integrity; if people ‘like’ you, it is probably because you make them feel good for one reason or another, and those feelings are far more important to the person in question than you are. Far more important. Once you realise this, you can either learn to effectively deal with it (by reading the work of people like Carnegie and putting their theory into practise), or you can traumatise yourself by trying to fight against modern human nature.

The ostensible year of writing is not listed here because the official story of this work is almost certainly fabricated. It is very unlikely that ‘Sun Tzu’ even existed as a living human being, for reasons which will be expanded upon in the Daddy Hoax section of this website. Regardless of who wrote the text, however, Art of War contains many nuggets of wisdom which can be applied to all manner of confrontation (potential or realised): in sport, in the workplace, and even on teh interwebz.

There are several ‘translations’ available and all are very quick reads; the book is easily the shortest on this list, and could be read from start to finish within an hour. Some of the book’s commentary seems specific to actual ‘warfare’ but much of the advice offered is analogous to myriad situations in regular life. One of the most important teachings within the text is the importance of, and difference between, strategy and tactics; all serious plans of action ought to include specific attention to both, and yet how many people today could articulate the distinction between the two?