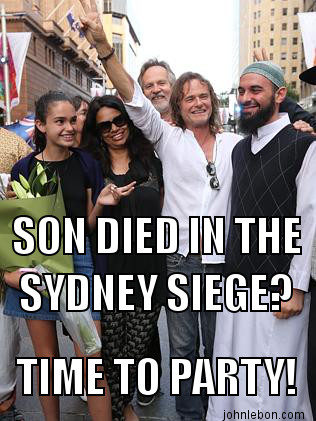 In December 2014 a large-scale Baby Hoax was carried out in Sydney, Australia and broadcast live throughout the world. The hoax fooled all but a tiny handful of Australians, and most to this day still believe the event was real, and that several ‘victims’ involved died or got hurt. The truth of the matter is that nobody died, nobody got hurt, as the event was nothing but a made-for-TV movie. JLB broke the event down step-by-step on the episodes of the Australian Roundtable Podcast which immediately followed the event, and later released more content exposing the hoax for the joke it was. See this playlist for more information.

Page still under construction so be sure to check back soon!